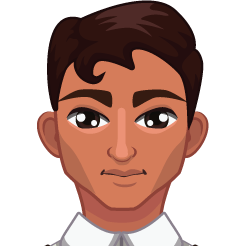 Gaming has exploded into new ways to connect with old friends, make new comrades and adventure across mystical lands. Massively Multiplayer Online Roleplaying Games (MMORPGs) are more than just fantasy games on the Internet; high-paced battles, casual adventuring and live chat within the community has become an iconic part of what Internet entertainment means. To understand the specifics of what matters in the gaming tech world, take a look at a few traits of computer technology in entertainment.

Understand Your Computer's Resource Use

To get the most out of MMO games, you'll need a modern computer with a powerful video card.

A computer on its own can browse the web, play videos and music and even handle a few games. Many games played on standard, off-the-shelf computers are basic in nature, such as puzzles and word games played with Adobe Flash, Java or Unity Web Player. Like anything else on the computer, playing these games consumes resources.

The processor is one resource, often considered the "brains" of the computer. Every action from moving the mouse to launching a program is a calculation performed by the processor. Calculate information usually comes from the hard drive, but there are other storage areas for information.

Memory is the second major resource, as it keeps the most commonly used files in its storage. Instead of searching the large hard drive for the same files millions of times per second, the memory offers quick data delivery as its only job.

What Does A "Modern Computer" Mean?

Computer specifications (specs) change every day, so it's hard to define a single speed or capacity. As of 2015, there are a few specs that can give a good enough level of gameplay for people who want to get into the gaming world:

The Parts Performance Shows Up In Games

With all of the technical definitions out of the way, how can you tell that it's working? For most gamers, adding a new video card creates an instant boost in visual quality and performance. There are more subtle differences to notice.

In fantasy games, using abilities quickly matters. You need to cast multiple fireballs or use different sword techniques, and if the game is moving slower than you can mash buttons, your performance is lower. A better video card and processor removes some delay from that ability usage because your computer isn't bogged down by resource usage.

Some fights with lots of visual effects may go from choppy performance to smooth, epic battles with an upgrade. For help finding computer products with a purpose, contact a computer technology expert.